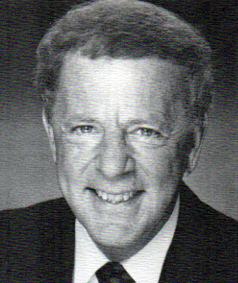 Don't ever take your voice for granted. No matter how strong or weak you may feel it is, there is a hungry market out there for talented voices of all kinds. For every agency tape you dub, there was a voice session somewhere, and thousands more for the tapes you never saw. And next week, it all happens again.

As radio producers and Production Directors, you each have a golden opportunity to make the most of your voice. You work every day in a recording studio. You constantly have scripts handed to you. You already have a valuable basic understanding of voice-over work. Many of you already take home a nice piece of change from your free-lance work, but it's pocket change compared to what your potential may be. What many of us lack is the knowledge necessary to begin and sustain a successful voice-over career. We lack guidance and direction, and we lack knowledge of the little tricks of the trade.

This month's interview is with award winning, Dallas based voice talent, Bob Magruder. Since he began his voice-over career, Bob has performed in over fifteen thousand radio and TV commercials, documentaries, and industrial and feature films all over the country, not to mention his appearance in over fifty stage plays, various CBS television series and numerous cable television shows.

Bob also conducts a workshop designed to develop voice talent and teach the things necessary to market yourself and get the work. Read and learn. If you're in a large market where agency production happens every day and haven't seriously pursued voice-over work, you could be weeks away from your first audition. If you're in a smaller market still developing your production and voice skills, take some tips from one of the best and point yourself in the direction of one of the most lucrative opportunities available to you in the future.

R.A.P.: What did you do prior to the voice-over business?
Bob: I started in radio when I was nineteen as a jock in Houston. I took five years out for the Navy, and by the time I got out, I had three little children and a wife. Somebody said, "Kid, the money's in sales and management," so I went into that area. I stayed in sales and management until I was in my early to mid-forties. Like anything else you do for twenty-something years, I guess you just get bored or burnt out with it, so I got out of that. For a while I brokered radio stations, and then I went into the voice business.

R.A.P.: When did you first realize you had a voice that could make you money?
Bob: Probably fifteen years ago. I've always done theatre, and wherever we were, I'd find a little theatre and do stuff for free. It never occurred to me that anyone would ever pay me for it until some agent said, "Let me try." She started rustling up some business and eventually, the income started exceeding the income from the world of the nine to five job. So I started doing this which is vastly more fun. I've been in the voice business ever since.

R.A.P.: In the beginning, did you undergo any special training to polish your voice?
Bob: No. Most voice-over actors come from three areas, either radio as a jock, the theatre, or singing. There are many jingle singers who do very well, people who are used to caressing and breathing some life into a lyric. I don't really know anybody that came from any area other than those three. I don't know what training you would get other than [workshops]. I go to workshops anytime somebody that is a talent I respect, comes through town. The stage is probably the best training area.

R.A.P.: What's the difference between an announcer and a voice-over performer?
Bob: An announcer is generally a one dimensional individual who is a personality. For example, in Dallas, because I know Dallas, take Ron Chapman who is a top guy in this market. Ron Chapman is always Ron Chapman, and he has made the big time because people seem to like Ron Chapman and what he does. He doesn't change with his copy. He's always "Ron Chapman." If you want Ron Chapman to sell your commercial, he's going to sell it as Ron Chapman, the individual. But, in the voice-over business, we are a little of everybody. We are chameleons. We change with our copy. Whatever the copy demands, we become that character.

Being out in the sticks here, we don't do a whole lot of work in New York or LA, so we have to keep track of who the top guys are because we're frequently asked to emulate them. Directors will say, "I foresee a Bill Bryden here or sort of a Mason Adams." One thinks they don't have the budget to hire Adams so they're asking me to do it. And you don't copy the guy, but you know what it is that makes a Mason Adams, or a Bill Bryden, or a Norman Rose, and what makes them sell.

R.A.P.: You have an extensive background in acting. Do you feel this background is really necessary to be highly successful in the voice-over business?
Bob: I've done stage all my life, and I think it is necessary. Voice is very much like film technique. Film technique is about taking it inside yourself, and the voice-over actor does that. For example, one of the fundamentals we play with in my workshops is establishing a premise. Let's say you go into an audition and thirty of the best guys in town are there. You think, "Holy smoke! What can I do different?" Instead of just reading the copy as an announcer, you ask yourself if you can make it more interesting by changing who you are. Instead of a spokesman, would it make it more interesting if I read it as a real person, or as a character, or as an interested onlooker, or as the voice of authority? Then you ask who the audience is. You speak differently to the 18-34 demographic than you do to the 45 and up.

What's the objective? A lot of hospital spots will use the objective of selling through fear. For example, there's a commercial that says something like, "Having a baby of your own is a very joyous occasion, but for older women, it can be very dangerous; and you'd better do it at our hospital...." They're just out and out selling through fear, so you learn how to put that "uh oh" in your voice. You use a premise to try and make it more interesting or do some-thing that somebody else is not going to do.

R.A.P.: There are many talented people out there making the big bucks without a "ballsy" voice. Is there a fairly large market for people with the "lighter" voices?
Bob: Absolutely. With a few exceptions, most voice-over actors whose incomes exceed a million dollars a year would be laughed at at a local radio station. Their voices just wouldn't qualify to go on the air. If you're blessed with a good voice, that's about forty percent of it; but sixty percent of it is being able to do with it what the copy demands. Most of the big guys have very weak voices. Dick Orkin, who is one of the best, has a very comic voice. It's a big voice, but it's certainly not a radio personality voice. Other examples are Mason Adams and Lloyd Bridges who both do a lot of work.

A lot of the big voices like Charlie Van Dyke and John Wells have a terrific market doing promos for television and radio stations. Van Dyke does the voice work for some thirty TV stations around the country. Wells has at least ten that I know of. They both have this "march of time" type of delivery and a world of potential with that kind of voice.

Good voice-over people who work make six figures. Because the dollars are good, there are a lot of people competing for it; but like most everything else, there's a clique that usually rules every market. That brings to mind another opportunity, and that's phone patch.

Phone patch enables me to be a voice in Wichita, Kansas, in Bethesda, Maryland, and in Atlanta without leaving Dallas. Of course, you have to promote yourself in that city. It works like this. In Dallas, there are probably twenty voices that do it all, and people get tired of those twenty voices. The same is going on in Kansas City, or St. Louis, or Atlanta. If you can promote yourself in that city and get a producer to cast you, he doesn't have to take a plane to your city or fly you in. You simply go to a local studio with his copy which he has faxed you. All the studios now are set up for phone patch which electronically enhances the telephone so he can hear, in almost broadcast quality, what you're doing. He can sit in his easy chair, wherever he is, and direct a session into the engineer's headphones and the voice talent's headphones. You can fax me copy at 4:30 today, and I'll go to a studio and do it with you directing the session by phone patch. Then I'll Fed Express it to you, and you'll have the finished product on your desk by 10:30 the next morning.

This has really opened the world to voice-over people because we can work in other markets and not wear out our own market. Phone patch is now almost the majority of my work.

March 01, 1995 45212
by Jerry Vigil Forget your every notion of what a "mixer" is. The rapid pace of technology is changing that forever. Some high dollar "recording studio" consoles have already realized the power of combining computer technology...
Read More...
© 1988 - 2023 Radio And Production, LLC
Go to Top