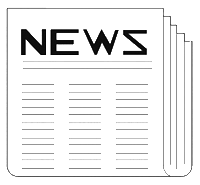 Is this an age of specialization? Canadian based SOUND IDEAS will release a new sound effects library at the NAB convention in Vegas next month. The Series 5000 "Wheels" sound effects library contains over three thousand sounds made by twenty-five vehicles on twenty-four CD's. Whew! The perfect choice for any station with the call letters KCAR! (800) 387-3030.

Effective this month, PROMUSIC INC. is the new agent for the Mondiophone music library. Any backlog or future use of this library should be cleared through Promusic. Promusic has also recently introduced the new Abaco Music Library label. The first CD's on the label contain rap, pop, West Indies, new age, light jazz, and world beat music styles. (800) 322-7879.

NETWORK MUSIC has added a new category, Multimedia, to their constantly growing library. The first two CD's from this category are called Above and Beyond and ShowStoppers 1 and feature vocal themes as well as instrumentals. The vocal themes are offered in several versions including full-sings and donuts. (800) 854-2075.

OMNIMUSIC announces the release of three new CD's. Broadcast Image is added to the Professional Broadcast Series library, and the Space Music and Heart To Heart CD's are added to the Omnimusic library which contains full-length themes. (800) 828-6664.

STUDER REVOX should get some attention at NAB with their new D740 CD Recorder. The unit is a self-contained, single package, rack-mount recorder featuring Write-Once optical media and is 100% compatible with the CD format. Also new for NAB is the Revox C221 Professional CD Player designed for broadcast use. Other introductions slated for the convention include the 990 Console, the Studer Dyaxis Removable Magneto Optical Hard Drive, the Dyaxis MacMix Version 3.2 software, and more. (615) 254-5651.

CUTTING EDGE TECHNOLOGIES debuts the Unity 2000 at NAB. This "all in one" FM signal processor offers AGC, a selectable low frequency equalizer, a four-band leveler/preprocessor, a four-band limiter, a distortion controlling clipper, a stereo generator, and a selectable composite clipper. (216) 241-3343.

Digital multi-track recording poked its head out of the lab again, this time at the recent winter NAMM show in Anaheim. We're still investigating, and expect to hear more about the Digital Studio from SPECTRAL SYNTHESIS which is an 8-track hard disk system expandable to sixteen. ALESIS showed their ADAT Digital Recording System which can record 8-tracks of digital audio on a standard VHS video cassette. ROLAND's DM-80 hard disk system (mentioned in the Jan. '91 R.A.P.) was also on hand. This 4-track system is expandable to 8-tracks and a price reduction was announced bringing the 8-track version down below $8,000.

Join us in welcoming a few more members to the R.A.P. Network! Andy Capp/KELO-AM/FM, Sioux Falls, SD; Scot Combs/KSTP-AM 1500, St. Paul, MN; and Al Peterson/WLAD/98Q, Danbury, CT. Yes, this is the Al Peterson that authors the "From The Trenches" column in Radio World! Welcome aboard troops!

SCUTTLEBUT is a new computer database for the broadcast industry. Anyone with a computer and modem can access it for free, but you can't post messages of your own unless you pay a membership fee. You get lots of rumors plus radio news and job tips. Lots of info in the "radio" section about hirings and firings as well as info about wild promotions done by stations around the country. It's worth checking out (especially for free). The modem number is (617) 783-8201. Enter "pjbfree" for your user name and "free" for your password. Set communication parameters to 12 or 24 hundred baud, no parity, and 8 bits. Fax for additional log-on info: (617) 787-5229.

Radio And Production welcomes the National Christian Radio Seminar to Nashville April 11th. Attendees: We hope you enjoy your complimentary copy of R.A.P.! RAP member Rick Tarrant/Communion Communications, will be moderating a production panel at the seminar.

"Take a Walk on the Wild Side?" Nope. It's the latest from Laszlo & Gary, "Taco Sauce On The Mild Side!" On the flipside, is that "The Way You Do The Things You Do?" Nope. It's "All My Bills Are Overdue!" Call for a copy for your airwaves today! This LA duo has just signed a five-album record deal, and their first LP is due in the spring..

Congrats to Craig Rogers/WHO-AM, Des Moines for his promotion to Production Supervisor for The Palmer Radio Network. Craig retains his duties as Production Director for WHO/KLYF.

And another round of applause for John Pellegrini/WKLQ-FM, Grand Rapids. John recently picked up a couple of Addy's, one for Best Regional/National Campaign, and the other for an anti- drinking and driving PSA! Look for one of the award winning campaign spots on this month's Cassette!

September 01, 1997 11756
by Jerry Vigil In a world full of digital workstations to choose from, it’s a pleasure to come across the Orban Audicy. Like its predecessor, the DSE-7000, the Audicy is a workstation designed for radio production first. Radio...
Read More...
© 1988 - 2023 Radio And Production, LLC
Go to Top