Production 212: Stick a Fork In Me

You already know that I get a lot of email every month from readers of this magazine. Some want a critique, a few take issue with something I’ve written although most are positive, and a few suggest a topic for my next column. Right before I went to Amsterdam and London to do production seminars, I got an email from a long-time friend, Ricky Correa, a freelance producer who specializes in Spanish radio. In it, he asked some very specific questions about Arbitron’s new PPM (Personal People Meter) technology, which is already in place in parts of Europe and has recently been introduced in the US in Houston, Philadelphia and New York

He asks, “Please help me understand this new Arbitron game, specifically how you image your radio station now, or whether it has changed at all.”

Wow, Ricky, as always, you have managed to come up with THE question that producers need to have answered, and soon. I was thinking about doing an article on PPM, but thought it would be better suited to next year. Now that you’ve brought it up, I realize that a lot of thoughtful, well-informed people in the industry are asking the same questions, and already, there are a lot of wrong answers flying around. SO... here are my thoughts on PPM and how it will impact broadcasting and, more importantly here, how it will change a producer’s life. 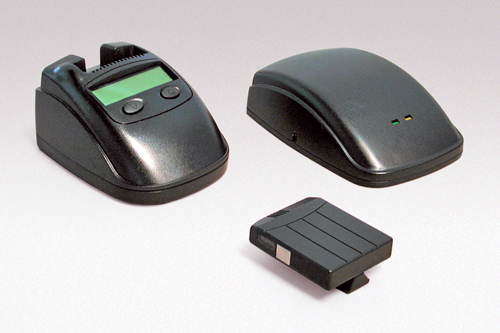 First, for those who are not sure about exactly what PPM is, it’s a small device about the size of a pager that is worn by the survey respondent on a day-to-day basis. As the respondent goes about his/her daily life, this device ‘listens’ to whatever sound goes on around them. Each radio station has a special electronic signature embedded in the broadcast that, while inaudible to humans, marks that signal as unique to that station. At night, while the respondent is sleeping, the PPM device rests in a re-charger that is connected to Arbitron via the web, so it can upload a log of what the respondent heard that day. This replaces the diaries we’re all so familiar with.

Now, when you stop and think a minute about what that data will say, it’s NOT always about the respondent’s preferred listening choice. It includes everything they hear in the course of a day, including the station his/her cab driver was listening to, what was being piped into the various businesses visited during the day, and perhaps what the person in the next cubicle at the office was listening to all day. However, the assumption on Arbitron’s part is that the majority of time ‘listening’ is spent tuned to a station of choice, but even if it is not, the listener is still exposed to commercials and promos, which is the information our clients really want.

The genius of a system like this is it no longer allows someone to say that they listened to station XYZ for 24 hours straight, as was true with the diary method. We know it’s impossible, but it’s something we’ve learned to live with over the past several decades. When FM first had enough penetration in Los Angeles to start making a big splash in the ratings, KHJ radio remained atop the heap for a long, long time. Research has since shown that this was largely a result of two things. First, habit – some people would write down KHJ because they’d been listening to KHJ for years and had come to think of KHJ as a generic ‘brand,’ much like Kleenex, Xerox or Coke. Secondly, there was a ‘cool and hip’ factor that had long been associated with KHJ (thanks to their branding efforts) that just made it un-cool to tell anyone that they listened to anything but KHJ. To be fair, KHJ was still a great radio station, but people were bailing from AM in those days, as quickly as you can say FM.

PPM eliminates these kinds of fuzzy ratings numbers because it takes the respondent and the respondent’s memory out of the equation. Often respondent’s would agree to fill out a diary, but would neglect their little “chore” until it was time to send the diary back to Beltsville, Maryland. Then, they would sit and try to remember what they listened to during the previous week. This has always been the Achilles heel of the diary method, and the main reason all of our promotions have started on or have been hyped up on Thursdays (the day of the week diaries are due. Programmers felt that if the listener only spent that one day listening, they might ‘remember’ how much they listened during the previous week.)

PPM solves this problem and adds a really super new feature, minute-by-minute ratings. When you have PPM currency in your market, take a quick peek at the numbers before, during and after an interview with a major artist. You will no doubt be surprised.

So, how does this affect imaging on a station in a PPM market? Profoundly. Although it was done for reasons other than the new ratings system, Clear Channel stations have been doing what is needed for PPM for a while now. Remember the flap over “Less Is More?” As it turns out, that really helps with PPM.

In a nutshell, if you want to maximize your ratings in a PPM world, make sure that you do your image work with as little excess verbiage as possible. Now some will say, as I did when CC first introduced LIM, “that takes away all the need for my incredible creativity!” In fact, just the opposite is true. It takes a ton of creativity to say things succinctly and still communicate the attendant emotions, which is key to getting the message through.

Comedians talk about the “Rule of Threes” in their work, but I’ve discovered that jokes told in two lines are funnier because they not only deliver the punch line – they also do it sooner, which is always a nice surprise. My favorite joke in the world, which I cannot share here, goes through a long setup, complete with a description of the 3 tasks the protagonist must perform. But as he performs them, before you get to the end of the third task, the joke is over and the audience howls. (If you’re curious, send me an email and I’ll send you the joke, but be warned, it’s risqué, to say the least.)

Likewise, for effects and music, if you take a minimalist approach, blending with the music and features, rather than poking your finger in the listener’s ear with every sweeper and promo, you actually stand a much stronger chance of getting the message across without making them reach for the tuner. PPM demands you be even more artful in your methods, more subtle in your delivery, but this does not mean you’re going to be somber or quiet all the time. Even more than before, you must match and music and effects to the message so that the one idea you’re trying to promote is more focused and in tune with the image you want to put forth.

Ricky asked, “How can you sell a product that you never identify or people can’t recognize?”

Who in the world said you should never identify your radio station in a PPM world? That would be silly because you’re not doing your imaging for Arbitron; you’re doing it for the listener. The reasons you produce imaging are as valid as they ever were.

Ricky went on to say, “I heard in [another publication] that imaging is not as important as it was before, that now it’s the music mix.”

Whoever said that imaging isn’t as important as the music mix is talking smack, I don’t care where they said it. Concern about hearing dead segues and shorter sweepers and stagers is truly misplaced. It’s not PPM that’s driving that trend, but it is the research that shows quite conclusively that many people don’t react as well to interruptions as we used to think. That research shows that many people react to any talk from anyone other than the deejay on duty the same way they would if it were a commercial interruption or about to be one. Adding one or two dead segues an hour seems to be working well at some stations, and as I’ve already said, shortening the sweepers and such is a definite plus. As is true of many paradigm shifts like this, too many people throw out the baby with the bath and then wonder why it doesn’t work. A little goes a long way.

In the final analysis, PPM doesn’t really change anything for a producer who is focused on the product. I recently downsized Z100’s promos for our website from 15 seconds to 7 or 8 seconds. This seems extreme at first, at least I thought so when my good friend Scott Morello did it at Kiss108 in Boston, but they really sound good. I felt the same way when I was told that promos could no longer exceed 30 seconds, but now I know that they are sharper, more to the point and are every bit as informative AND entertaining as they ever were. I honestly believe that my production has improved a lot since the advent of Less Is More because I’ve been forced to tell the story succinctly and with bigger emotional hooks than what I did before.

The need for creative producers in radio is greater than it’s ever been before. It takes a lot more creativity to “tell the story” in less time. It forces us all to stay focused and keep the message on point at all times. No longer is there room for over-indulgent, narcissistic promos that really only please the people inside the radio station. We must continually serve our audience an emotion-filled diet that works in harmony with our product, whether it’s music or news, country or CHR, education or entertainment. The moment you stop is the moment you’re done… the moment we’re ALL done.

On my audio clip for this month, I’ve included a couple of the new super-short website promos and a “Z100 Pays Your Bills” promo featuring Pink that I think you’ll enjoy.

Oh, and just for the record, PPM has been a fantastic boon for Z100. Our ratings are as high as they’ve ever been, across all dayparts and in nearly every demo. When you really lift the hood and check the numbers in depth… wow!

January 01, 2002 7399
by Craig Jackman I like compression. I like compression a lot. It’s an effect that makes what I do sound better, although it’s all too easy to overuse. Even though I like compression, I’ve never really been head over heels in...
Read More...
© 1988 - 2022 Radio And Production, LLC
Go to Top