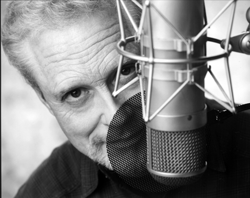 Some of you reading this were yet to be born when Harlan Hogan started doing voice work. Some of Harlan’s “greatest hits” include Raid (“…kills bugs dead!”), Heinz Catsup (“Good things come to those who wait.”), Life Cereal (“…the cereal even Mikey likes.”), Head & Shoulders (“…because that little itch should be telling you something.”), Michelob Lite (“Who says you can’t have it all?”) and more, including “You deserve a break today,” “When you care enough to send the very best,” and “Hey Culligan Man!” Harlan also has two books out, “VO: Tales & Techniques of a Voice Over Actor” and “The Voice Actor’s Guide to Home Recording.” Harlan’s voiceover career spans over 30 years. He tells us the secret to his longevity and more in this month’s RAP Interview. The RAP Awards Finalists are on this month’s RAP CD, but you can check out Harlan’s demos on his website at www.harlanhogan.com.

JV: I’ll bet you’ve heard this question before: How did you get into the VO business?
Harlan: Yes I have; that’s part of the reason I wrote 6500 words on the subject. I’ve been asked that so many times over the years, and early on it was tougher because you couldn’t even say I do voice-overs because some people would say, “What’s that?” And that would be an hour and a half discussion followed by them saying, “Well, I have a good voice,” followed by me saying, great, fine, no problem. But I lucked into it in many ways, although you look back in your life and see how those dots connected, but at the time you don’t know.

I did a lot of theatre when I was in high school and did my little magic act. When I got into college I needed some money and my roommate knew somebody at a radio station. So he and I both auditioned, and I got it and he didn’t, and amazingly we’re still friends. I started working at the radio station like so many other people, doing the God shift on Sunday morning. It was a great job for college kids because we had the Sox games on at night, and I could sit there and do my homework and play a spot every so often when I actually noticed there was a lot of dead air. From there I thought, I’m going to be in radio. This is what I like. I’m going to do it. And like a lot of other people, I went to a couple of stations and began to get a little disillusioned with the money and the lack of money — lots of trades, no money — and the realization that only a few people will really make any money in the business. Then there’s the traveling and changing stations every six months. I frankly got bored.

So I quit that and got a job for a company called Honeywell. I did my best to be the world’s worst computer salesman. I was horribly frustrated doing that. Then I got a job at an ad agency. J. Walter Thompson at the time was doing executive coaching for TV and speech coaching, and I was pretty good at that. But I was still a lousy salesman, which is what they wanted me to do.

I did that for a while then finally said to myself, this is stupid. I’ve got a degree in theater. I’ve always wanted to be an actor. I like to perform. I’ve got to go do it. So I quit my job and got some head shots together, put together a god-awful voice demo and hit the streets in the late ‘70s. I did fall back on radio though. I knew I would be panicked and wouldn’t have any money and no place to go for a long time. So I worked part-time at a Chicago radio station. I called them up and said, “I haven’t done any radio in about ten years, but when I was in radio, the hardest thing on earth to find was somebody good enough to work on weekends and do fill-in but who didn’t want a full-time job.” The Program Director said, “How soon can you get here?”

So I worked weekends for a while at one of the radio stations in town, which was great because then I could work on my demo and not spend a fortune. And I was lucky; I hit the golden age of voice-over, although of course, I didn’t know that. We only had network commercials mainly. We didn’t have any cable. Chicago was a really good market for packaged goods because we have large agencies here, and they were turning out a lot of everything from Kentucky Fried Chicken to Hallmark to Raid. And the beauty of the business at the time was if you could get into the club, which was tough, but if you got in, you were kind of part of the club. Agents were not even used, and if you could get out there and get established, people just called you.

This was back in the late ‘70s, early ‘80s. It was good. There were the jingle singers and the voice-over people, and we were sort of like this group of people who had our own little business going. And the beautiful thing about those days, if you got an account — like I was doing Head & Shoulders — well you didn’t have a spot, you maybe did ten or twelve and they’d run on a network and pay you every time they ran. Those were the good old days.

JV: It's not like that anymore?
Harlan: Very, very rarely. Even today, if you have a network spot, they’ll run it a few times and buy a lot of wild spots and cable. It’s very diluted and nothing runs for very long. I laugh sometimes because the ad people complain, well it’s not working or the slogan isn’t memorable enough. Well they run it for about five minutes and then somebody changes it; no wonder it’s not memorable.

JV: So the pay these days is pretty much just a set amount for the session and that’s it?
Harlan: Well it depends. If you’re in a large market, more than likely you’re union and the union still has pretty darn good rates. If you’re in other markets you might not be in a union or might not want to be if it doesn’t have a presence there, so it may be that you just get your check and walk away. But we still get residuals; it’s just not like it was. There are a lot of ways an advertiser can spend their money these days. The Super Bowl remains the one really national TV show left that most people watch and see all the commercials. So obviously, with the dilution of advertising dollars, there’s a dilution in the amount of money paid to the performers. But the good news is, there are a lot more venues for voice. Nowadays, to me, it’s more of a volume business. You can have a lot of smaller accounts, but when you add up the aggregate, it can still add up to a darn nice living. It certainly beats working.

JV: You mentioned getting into voiceover at the start of the “golden age” of voiceover. You’re referring to when the big announcer voice began making way for the guy next door, right?Harlan: Yes, and like I said, I was very lucky. When I was coming in and figuring out what this whole thing was about, the guys that were working had these mellifluous, huge, deep voices. I’d just stand there and go, holy smoke! I’m late 20s and sound like the guy that lives next door. The good news was, the paradigm was shifting. The advertisers were going away from the big, deep voice. I remember replacing Danny Dark, of all people, on Raid. The producer said, “Yeah, we talked to SC Johnson and they said, you know Danny is great. He’s been with us a long time, but he’s a ‘70s voice, and you’re an ‘80s voice.”

Unfortunately, of course, that happens to me too. “Oh, yeah, well you’re old school. Now we want something different.” It’s just the way the business will always be. I’d say in the last year or two I’ve seen far more auditions for what they’ll call mature or older voices. For a while there, it seemed like almost every single audition that came in, 35 was as old as they would possibly go. But that seems to have changed. I think the baby boomers and myself have a lot of money to spend, and the advertisers have already started saying, “You know, we need to talk to those people. They have a lot of disposable income.” I was reading an article the other day that the average age of a new car buyer is up by three years; it was 44 and now it’s 47. It makes you kind of wonder why they advertise to 20 year olds.